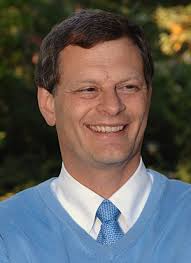 Not one to blow his own horn, Cioffi shies away from publicity. But by all accounts, the Stanford professor was intent on coming up with a way to deploy broadband over copper wires and developed asymmetrical digital subscriber line (DSL) technology. He left Stanford in 1991 to found Amati Communications Inc. He has since returned to Stanford, where his research focuses on Dynamic Spectrum Management (DSM).

In 1978, an overly aggressive sales rep from Digital Equipment Corp. sent out a pitch to several hundred names on an early ARPANET mailing list. Not only did Gary Thuerk get flamed, the feds running ARPANET threatened to throw him in jail. How times have changed. Today, 80 to 90 percent of all email is spam and nobody seems to know where it’s coming from or how to stop it. As for Thuerk, he’s at HP, still selling computer gear. Is Thuerk embarrassed about unleashing the scourge of spam on the world? Not really. “I’m the first one to do it, and I’m proud of it,” he says.
Here is some cool stuff about the first spam ever!  http://www.templetons.com/brad/spamreact.html

Doug Engelbart:Father of the mouse

Engelbart is an early Internet pioneer. In 1969, ARPANET’s first transmission was between nodes at Leonard Kleinrock’s lab at UCLA and Engelbart’s lab at Stanford. A philosopher, scientist, and inventor, he’ll always be known as the father of the mouse, which he patented in 1970. He never received any royalties however. His patent expired in 1987, before the personal computer revolution. Today, at 83, he heads the Doug Engelbart Institute.