Wow!  Just gone mad by knowing it’s potential. I was just surfing around and got a clear idea how it would transform this world.I really felt like I was in some science fiction film! I just wanna give you a rough glimpse of it….Tighten your seat belts mates! Itz really gonna blow off your mind….

The coolest games for wearable AR apps will probably involve glasses that cover the whole eye, or a contact-lens-style display that covers one or both eyes. But Google Glass might provide a view that augments a multiplayer “reality game” played on the street or in a forest.

You go to an amusement park with a group of friends. People are everywhere. You and your friends decide to split up and go your separate ways, but you all want to meet up again later.

If your friends voluntarily share their locations, AR glasses could use GPS, Wi-Fi, and cellular networks to track everyone’s location and display each one in the glasses. Those locations could appear on a “view from above” map, or as silhouettes at ground level (if they are separated from the viewer by one or more walls). The glasses could also identify your friends in a crowd.

The microphone on the glasses would be able to hear what is being said to you, and then translate it into English on the lens. It could even speak it as English into the glasses’ earpiece. Responding with the right words is a little more difficult. You would have to speak your response into the microphone on the glasses, and then let the servers display the words in French on the display, at which point you’d speak the words in French.

Such an app would display simple instructions on the screen and voice it in the earpiece of the glasses. The program might use the camera to help the wearer zero in on the right place to position the heel of the hand on the victim’s chest before starting compressions. The app would watch the user’s actions and advise the wearer when to switch from giving breath to doing chest compressions.

With Google Glass you could use voice commands to pull up travel information on the lens. The content could be anything from ground transportation data to flight numbers to rooms available in hotels at your destination.During travel, you may be moving through places that are completely foreign to you. Navigating through large airports or subway systems (try Tokyo’s!) can be daunting, especially when the signage is in a foreign language. The glasses could translate all the signs and give you step-by-step directions, with routes and landmarks overlaid on your field of vision. With everything decoded, the unfamiliar environment would seem more welcoming, and your stress level would go down.

A Wi-Fi signal locator and speed measurement app would place a Wi-Fi icon next to the base stations within the wearer’s field of vision, and the icon would grow larger or smaller depending on the strength of the signal being transmitted.

Content can become a hundred times more meaningful when presented over the real-world thing it relates to.You can also move a slider up and down a timeline to see photos from specific time periods.If such content were retrofitted to display on the glasses, it might truly come alive. As you walked around the city wearing the glasses, historical pictures of specific places you were seeing through the lens could appear. You could fix your eye on the steps of City Hall, and then use the slider to go back in time to superimpose older and older pictures of the scene, watching the ghosts of the past come into view and depart again.

I specifically love this! 😛

You could port the nutrition information to a dieting site (like Weightwatchers) and/or an exercise site. You’d then immediately know how much of the food you could eat while adhering to the rules of your diet, and how much exercise you’d have to do to work off one serving of the food.  Knowing the nutrition, dieting, and fitness aspects of the food you were looking at would help you make better-informed decisions about what and how much to buy.

It’s a device that measures someone’s unique response to a weak electric signal could let medical devices such as blood-pressure cuffs automatically identify the wearer and send measurements straight to his or her electronic medical record.

This is how it works:

One electrode on the device sends an alternating current through its wearer’s wrist to a second electrode. While the current is passing through the wrist, the electrodes detect the wrist’s resistance and reactivity, which are components of impedance. A processor extracted seven features from the electrode pattern, and the team then used a series of five readings per user to train the processor to recognize a given user’s bioimpedance profile.

We are aware of google maps,right? What if the same applies to the complete universe! Yeah, that’s true.I don’t know if you guys know about this ,but I found truly awesome.You just need to download software(if not installed in your system) which would be displayed in that web site itself.
Believe me, that’s an awesome experience! Must to check out..

That was actually launched by NASA.Hm..okay,okay I know I’m making you wait for a long time… 😛

Hope you have a very nice experience! 🙂

Know your focus on screen.

To start with, Gazehawk is a company which offers the eyetracking technology to everyone unlike the others which costs about hundreds of thousands of dollars! But they offer for quite cheap price.There will be no issue of wearing some separate hardware for this.It’s completely friendly and very amazing!

But after all what exactly is the eye tracking? Here is a simple definition!  In the simplest terms, eye tracking is the measurement of eye activity. Where do we look? What do we ignore? When do we blink? How does the pupil react to different stimuli? The concept is basic, but the process and interpretation can be quite complex.

Just check out this video.It’s cool!

It’s been found out that,”you should put your navigational information and logo in the top left of the page because that is where users look first.”

This is how it works!

I recommend you the following categories: Coolsoftwares, Gadgets, Stuffinnet, Technology

Um..I have been thinking to write some posts on the companies which come forward with their uniqueness into the market.Here is the one called “Syyn Labs”. 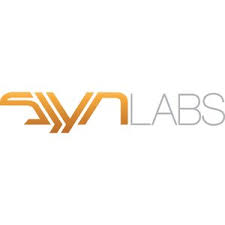 Syyn Labs is a Los Angeles-based organization that fuses the worlds of technology and interactive sciences with artistic mediums to design and construct visually dynamic spectacles that inspire thought and provoke conversation.

They really do some crazy stuff with a team having engineers,artists and what not! They got real famous after a viral(not a true virus 😛 ) video on youtube.

Here is the video for you.

I recommend  you the following categories: Gadgets, coolsoftwares, Technology, Stuffinnet

I am quite sure I am gonna get some better hits for this post because it’s related to mobiles!Um..it’s quite confusion which mobile to buy, when we have a hell a lot of options.It also becomes a problem when the mobile doesn’t fit free or have problems relating to size! Here I get you a web site where you can compare mobiles by ‘size’.

I recommend you the following categories: Gadgets, coolsoftwares, Technology, Stuffinnet

I have seen many sites which compare gadgets and gives some cool results as per as our requirement.I got one for televisions! But,it is strictly for the HD TVs.You can have a detailed list of trending HDTVs, the most popular ones and lot more.

Here is the link. Make a good choice! http://www.thehdtvgenie.com/

I recommend  you the following categories: Gadgets, coolsoftwares, Technology, Stuffinnet 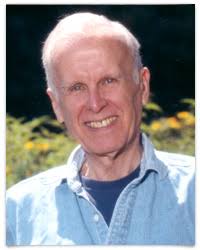